I Will Not Hatch! @ The Berkeley Street Theatre

It is the ninth of November – and the nine passengers on one ill-fated flight have roughly thirty thousand feet left to live, as well-meaning Suzie attempts to save the world from the danger she knows is lurking.

So please, return tables and trays to their upright positions and fasten your seatbelts as Suzie and her fellow commuters take to the skies.

Written and Directed by Maya Rabinovitch

Come join The Steady State Theatre Project as they remount their Toronto and Edmonton Fringe hit, I Will Not Hatch! in Toronto this May. This quirky adventure played to sold out houses in Edmonton and was described by the Edmonton Sun as “Final Destination meets Airplane! at a mass performance art happening,”.

Kristina Alexis
God Girl
Kristina is an actor, singer/songwriter, and improvisor, whose lucky number is 4. So Kristina is over the moon delighted to be playing God Girl for the 4th time! Some other favorite credits include the Wicked Witch in The Wizard of Oz (Stirling Festival Theatre), a deviser and lead performer in KD and the BOMB (Backburner Productions, Toronto Fringe), and Juliet in Goodnight Desdemona, Good Morning Juliet (Pinnacle Playhouse).
Kristina can also be seen in fully improvised feature films such as  ‘Quitter‘, and ‘Did You Hear Jake & Courtney Broke Up?‘
Kristina is part of the improv/sketch comedy group KERL. This all female group performs in and around Toronto, and recently previewed their upcoming sketch show Man Up!
In her spare time, she writes songs for her YouTube channel KristinasUkulele, and tells jokes to her very serious cat.

Michael Bedford
The Doctor
Michael is a performer and a playwright. Michael, an Honours graduate from York University’s theatre program, has performed in every incarnation of Maya Rabinovitch’s I Will Not Hatch! from its inception at York University’s playGround series in 2005, to its staging at the Upstairs Berkeley Street theatre space the following year, to our very well-received staging in the Toronto Fringe Festival in 2009, and its incarnation at the Edmonton Fringe Festival in 2012.  His Toronto playwriting debut occurred in June of last year at Steady State Theatre’s “Script Scrap” play reading festival with a dramatic reading of his absurdist-style comedy, [play].

Glyn Bowerman
Disease Man
Glyn is a writer, director, and actor. He holds a degree in theatre studies from York University, specializing in collective creation. Recent writing credits include Trudeautopia (Banquos Banquet), Little War (Backburner Productions), and collaborative credits include The Nightwood (Backburner). Performing highlights include Jacques Roux in Marat/Sade (Soup Can Theatre), Bungling Pedro in Emperor (Twitches & Itches), and The Fool in The Nightwood (Backburner). He performed as Haemon in Soup Can’s Antigone for Fringe TO 2012.

Simon Esler
The Soldier
Simon emerged from theatre studies at York University where he focused on collectively created theatre. Recently, he has been in a number of Toronto productions including Suddenly, Last Summer (Red Light District), Murder at Twilight (Mysteriously Yours) and Tangled Web (Mysteriously Yours). This is his third time with the production and Simon is glad to be back for yet another refusal to hatch.

Laura Anne Harris
The Teacher
Laura is a performer/writer/director, born and raised in Victoria, B.C.  Laura trained at the University of Victoria’s Acting program and graduated in 2007.  Since graduating Laura wrote and starred in Pitch Blond a critically acclaimed production touring fringe festivals for four years and was presented as part of the 2013 Next Stage Theatre Festival. In addition over the course of four years she has toured this production to various fringe festivals such as, Calgary, Edmonton, Winnipeg, Wakefield, Ottawa, Orlando, and Toronto. At the Toronto Fringe Festival, she was honoured to receive honourable mention as Critic’s Pick, Outstanding Production and Outstanding Performance by Now Magazine. After the Toronto Fringe, she was selected to perform at the ‘Best of Fest’ holdover festival at the Toronto Centre for the Arts.
Since November 2008, Laura has lived in Toronto focusing on new play development.  She has acted in workshops of new pieces at the Tarragon theatre, Pivotal(arts) theatre, Theatre Kairos, The Paprika Festival and Glasswater Theatre.

Kat Letwin
The  Mother
Kat Letwin is a Brantford-born, Toronto-based actor/comedian who didn’t quite graduate from the University College Drama Program at the University of Toronto. Kat has played a multitude of roles for a multitude of companies, and her performances have been described as “balls-to-the-wall” (My Entertainment World, The Herald in Marat/Sade [Soup Can Theatre, 2011]), “a laugh riot” (The National Post, Acaste in The Misanthrope [Mirvish/the red light district, 2009]) and “the cast includes” (The Varsity, Squeaky Fromme in Assassins [UC Follies, 2010]).  Kat also writes and performs with her sketch troupe Rulers of the Universe on a regular basis.
Recent credits: Fenja in The Lost Sagas of Tjorvi The Flaccid (Pandemic Theatre, 2012), Mrs. Griggs inSockdolager (The Templeton Philharmonic, 2012), Noaman in A Funeral For Clowns (Zanni Arte Productions/Toronto Fringe, 2012)

Duncan McCallum
The Flight Attendant
Since 2006, Duncan has worked with Mixed Company Theatre using theatre as a tool for social change.  In 2011 he was made the Associate Artistic Director.  He has performed and held workshops in Minneapolis, New York, Austria, and throughout Ontario.  His production of DISS, which he directed in 2011, was nominated for two Dora Awards.

Liam Morris
Boogeyman Boy
Liam studied collective-based theatre creation at York University. Alongside fellow alumni he helped write and perform material for 18 Hands Theatre Collective’s The Famous Remains of Piggy Palace. Most recently he co-created and starred in The Green Show with Mixed Company. Liam was named for Outstanding Ensemble in the 2009 NOW Magazine Fringe Wrap-Up for his work in Hank Marvin Theatre Company’s I Will Not Hatch! and received a “My Theatre Award” from myentertainmentworld.ca for his performance as Jean Paul Marat in Soup Can Theatre’s Marat/Sade. Acting credits include Hank Marvin Theatre Company’s I Will Not Hatch!, Banquo’s Banquet’s Trudeautopiaand Bury the Dead, and The Pied Piper of Toronto at Lab Cab. This Toronto Fringe, Liam participated in the end of the world with ZED.TO.

Jaclyn Zaltz
Safety Girl
Jaclyn is a freelance props buyer/builder and sometimes actor. Acting credits include Safety Girl all four previous productions of I Will Not Hatch!, Marni in Double Double (Steady State Theatre, Toronto Fringe) and Woody in PlastiCo (Mixed Company Theatre). She is currently living in Stratford and working as the Assistant Props Buyer at the Stratford Festival. After spending six months working in the prop shop at the Israeli Opera Tel Aviv-Yafo, she joined Hart House Theatre as their Head of Props in 2010, working on six shows including Bullet for Adolf (written and directed by Woody Harrelson) and worked on the props for Michael Healey’s Proud in 2012. An original Hatch! cast member, she wouldn’t have missed this one for the world even though it means an unreasonable nightly commute only to publicly embarrass herself.
Playwright/Director – Maya Rabinovitch
Maya is a Toronto-based director, dramaturg and collaborator.  Since her time at York University studying dramaturgy and collective creation, she has focused on developing and directing new plays.  Recent writer/director credits include Double Double, I Will Not Hatch! (Edmonton and Toronto Fringe) and collaborator/co-director for The Green Show (Mixed Company). Recent directing credits include Don’t Look (Next Stage Theatre Festival), How I Learned to Stop Worrying and Love Abortion (Toronto Fringe) and nisha ahuja’s A World of Bananas (Hysteria Festival). Maya has collaborated on a number of projects including The Famous Remains of Piggy Palace (18 Hands Theatre Collective) and Rule of Thumb (Toronto Fringe). Her company, The Steady State Theatre Project, focuses on creative methods for new play development.
Currently Maya is working as one of the Co-Session Directors for the A.M.Y. Project (Artists Mentoring Youth) and will be directing their production in this year’s SummerWorks Festival. Maya will also be taking her new play, 18 Twitching Cheerleaders to the Edmonton Fringe this summer. She has been named Outstanding Director in NOW Magazine’s Fringe Wrap-Up for the past two summers.
Company Producer – David Levine
David is a writer, producer and journalist in Toronto. Recent theatre productions include Speech! (Toronto Fringe), I Will Not Hatch! (Toronto Fringe), and his own play, Reflections on Giving Birth to a Squid (Fringe Tour, 2009: “5 Stars” -Vue Weekly; “4 Stars” -Edmonton Journal; “A+” -Uptown Magazine; Honourable Mention – Best Original Production (English) – Montreal Fringe). David is a TAC Emerging Playwright Grant Recipient (Under Grace). He currently researches and writes Documentary Television programming.
Producer – Christopher Douglas
Christopher, a graduate of York University, has produced Six Degrees of Separation with Pink Shirt Productions, The Tale of the Allergist’s Wifefor Amicus Productions and Dying City with en(LIVE)n Productions.  He has also written pieces for various festivals around Toronto and occasionally
acts and stage manages.  Next: producing the 2013/14 season for EN(LIVE)N!
Lighting Designer – Courtney Pyke
Hailing from Northern Ontario, Courtney is a Graduate, with Honours, from the University of Guelph’s Theatre Studies Program.
As a Lighting Technician she has worked in Opera, Theatre, Concert, and Dance in Ontario and Alberta. She has had the opportunity to work at the Banff Centre on over 50 productions including “Tono; Harder, Faster, Stronger” for Red Sky Productions as Head Electrician, which took the 2010 Dora for Performing Arts piece.
As a Lighting Designer Courtney has worked in many different venues and with many different types of productions. Her productions have ranged from road house style  and arena concert design, full scale musicals, and fringe festivals.
Her stage and production management experience is just as varied including site specific and collective works and student fringe festivals. Recently she was the Company Stage Manager and Lighting Designer for Motus O Dance Theatre, with whom she has toured and developed productions.
Noteable productions include Head Electrician for the IMPACT 11 International theatre festival, Stage Manager and Lighting Designer for Pearl Gidley with Lost & Found, and Lighting Designer for Good Mourning Choreographed by Derek Sangster for Ballet Jorgen. 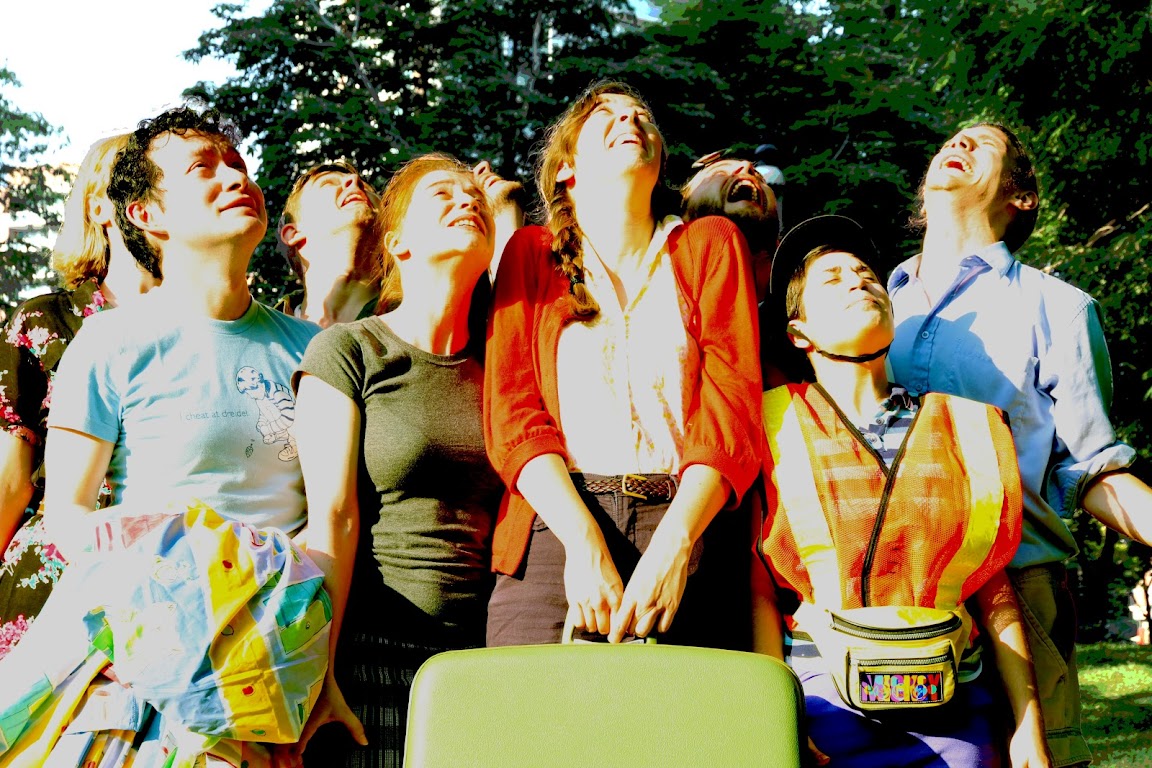 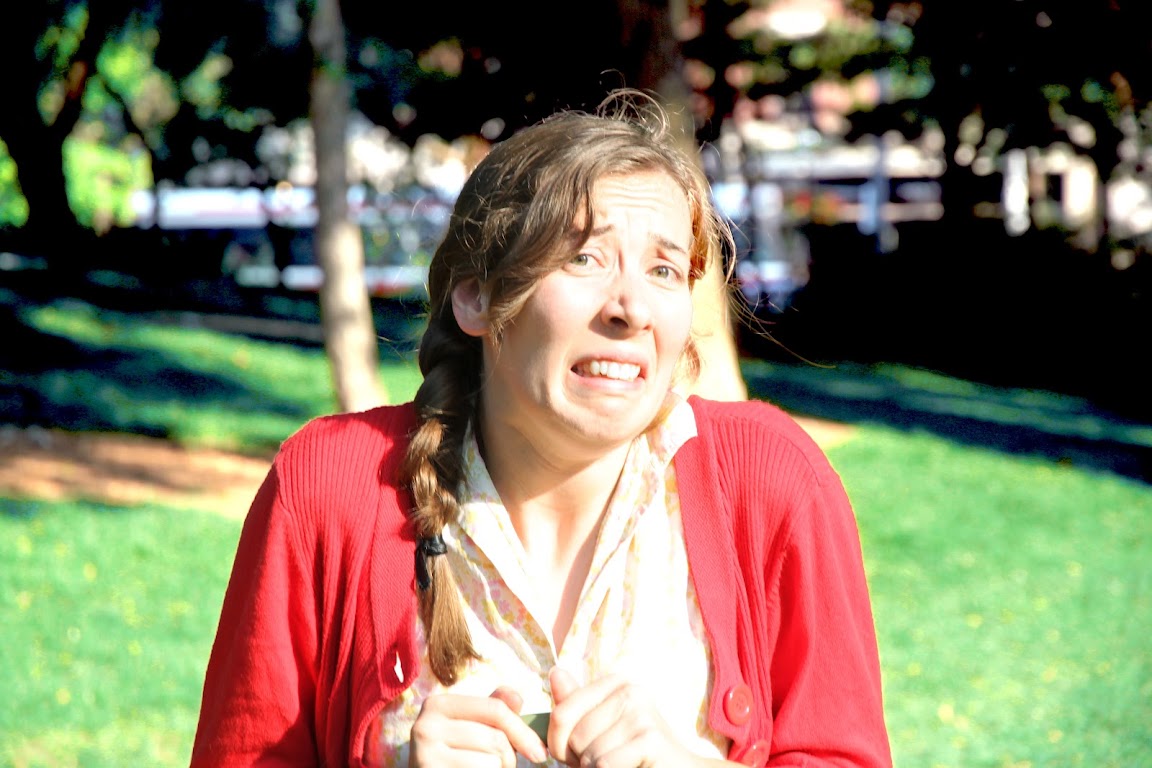 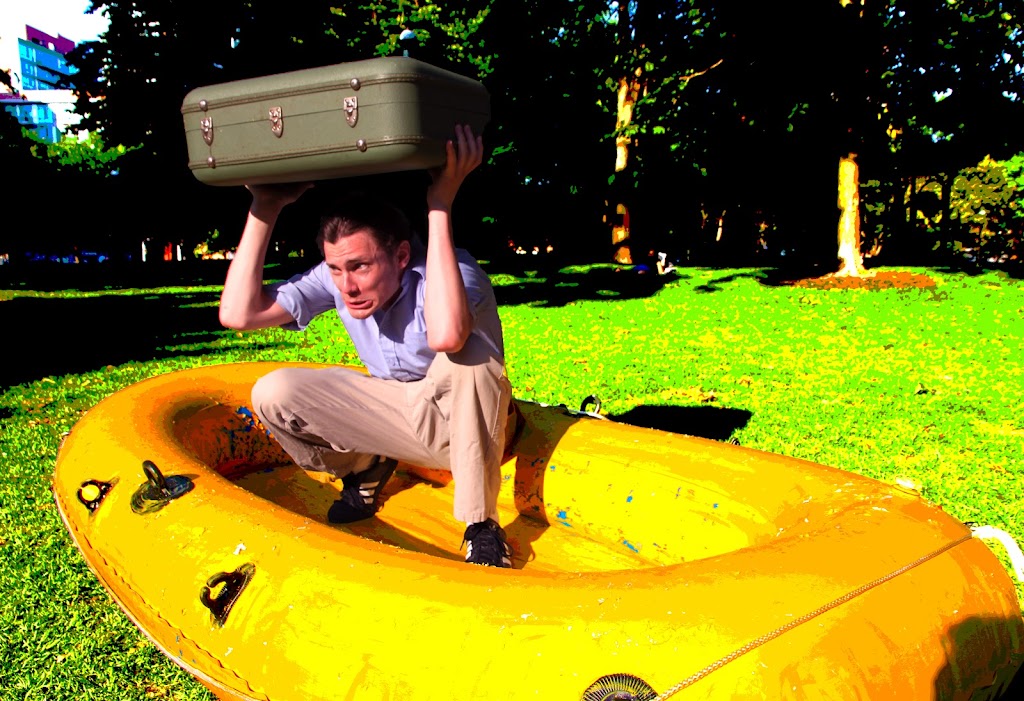 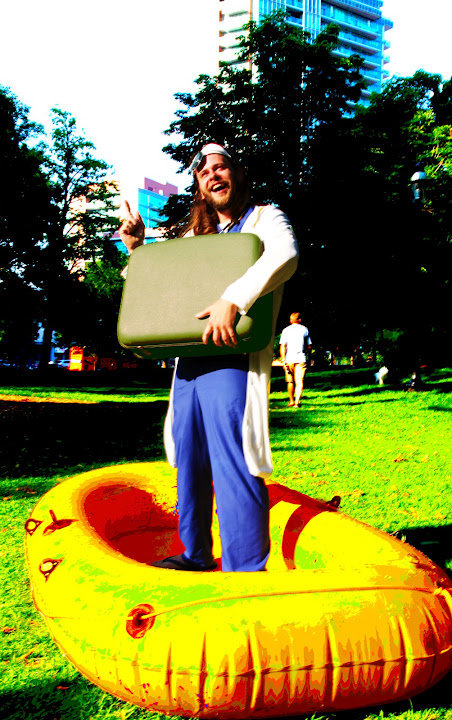 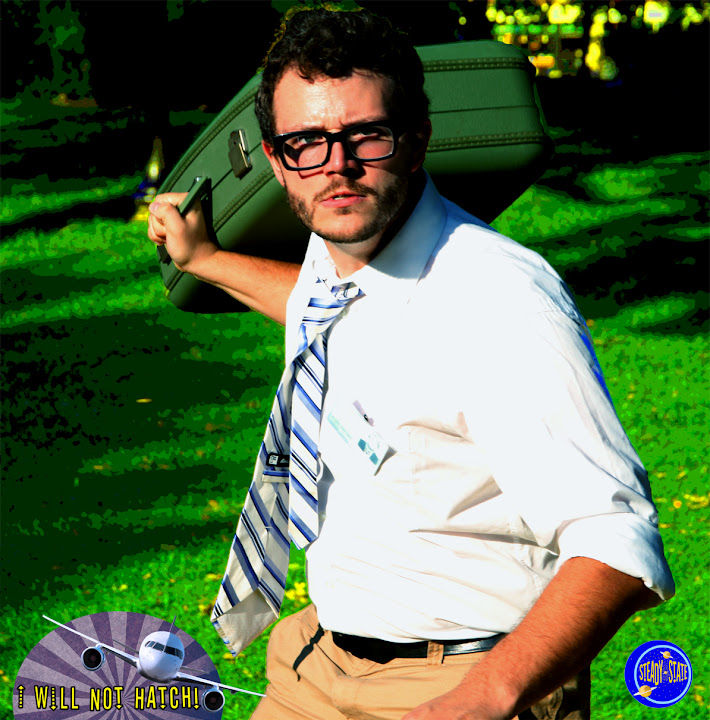 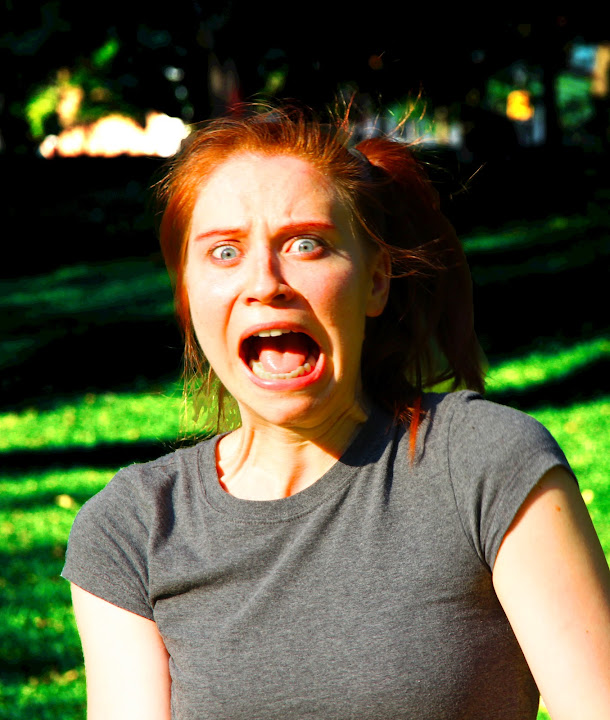 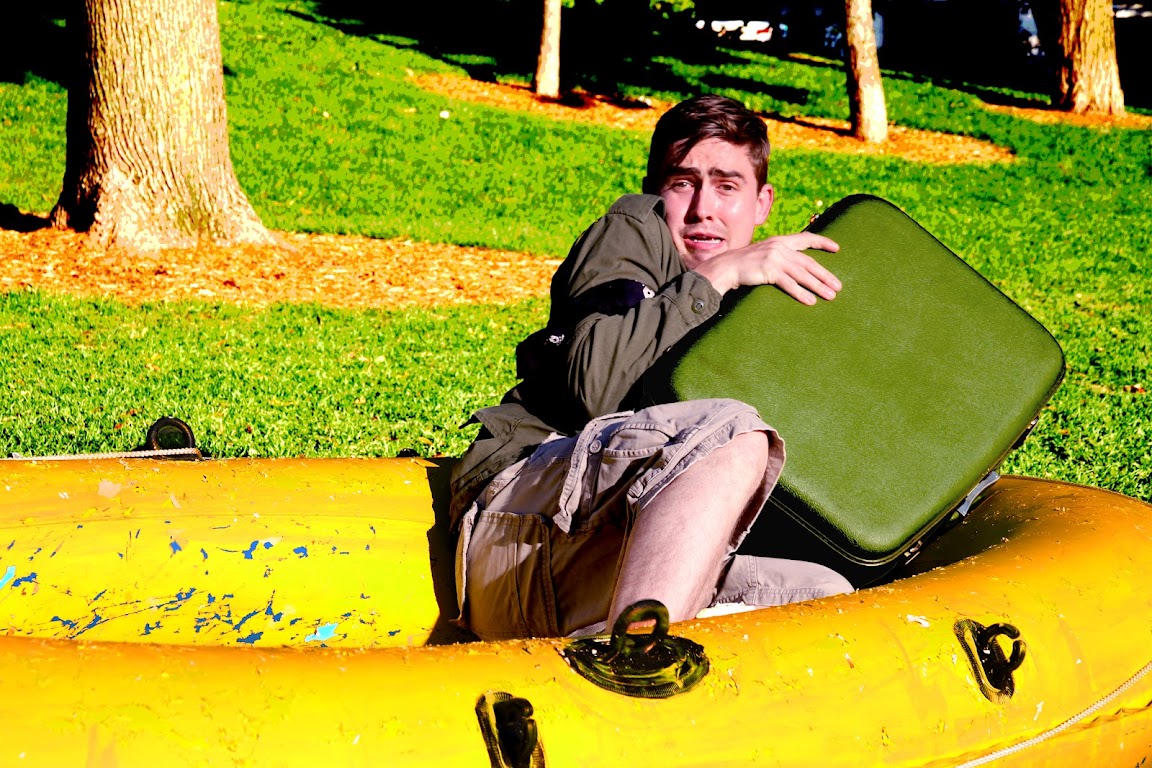 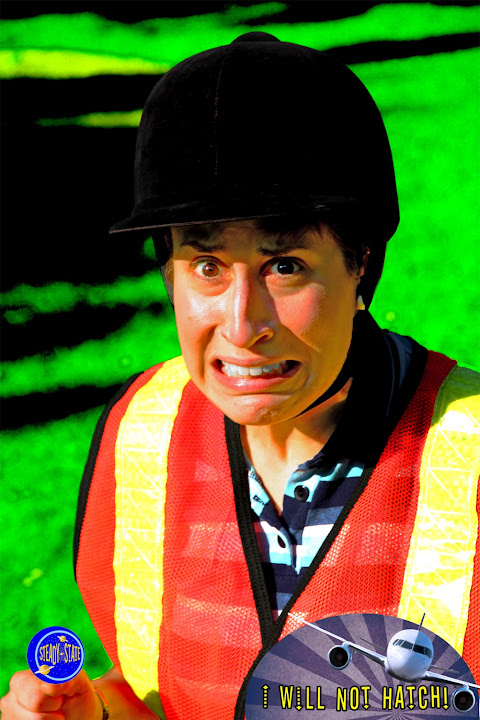 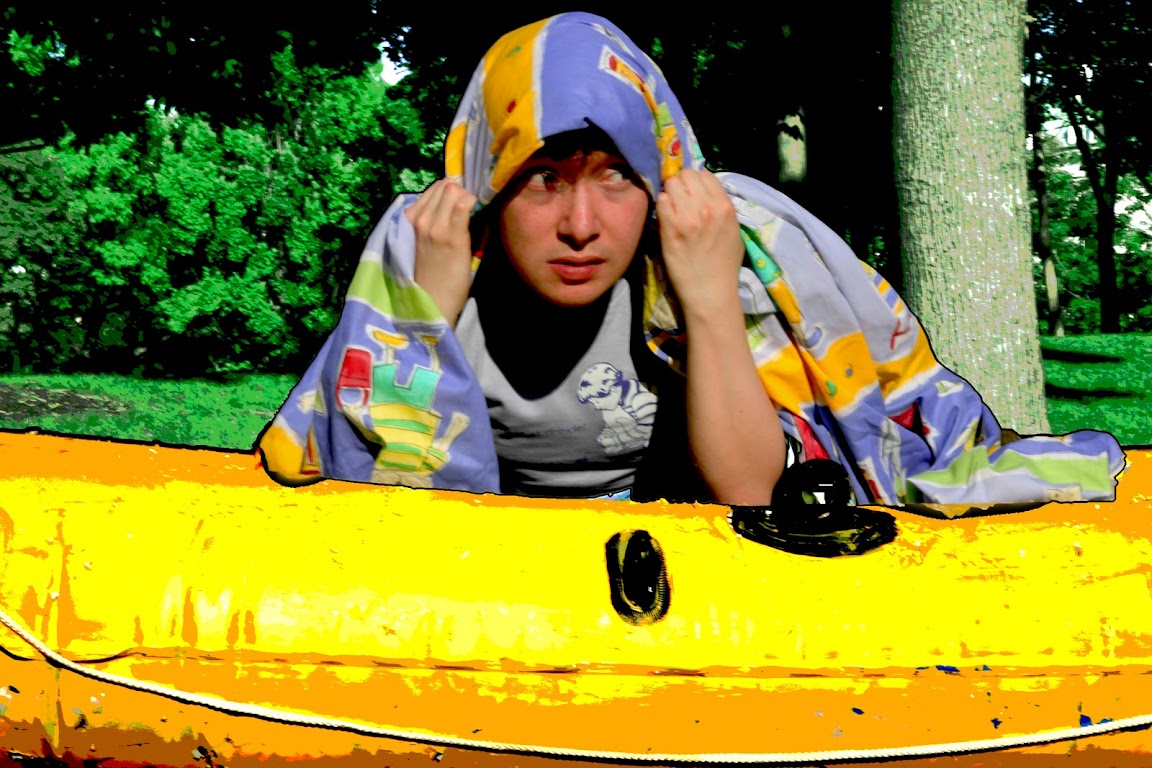 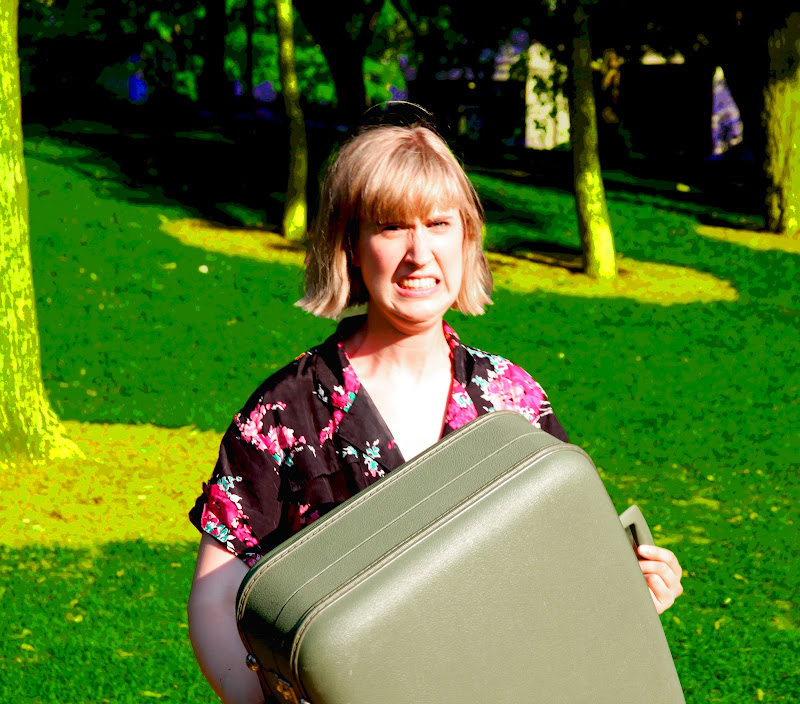 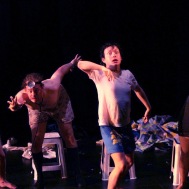 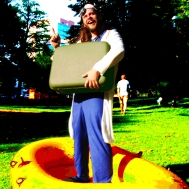 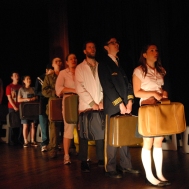